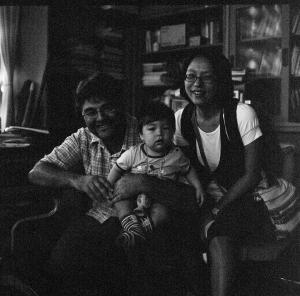 In 2018, he obtained a PhD in Anthropology at the Heidelberg University.

Lazzarotti started his education at the University of Pisa, where he obtained his B.A. and first M.A. in Conservation of Cultural, Environmental and Architectonic Heritages, with a specialization in Archaeology.

After graduation, in order to expand his horizons, Lazzarotti decided to go to Taiwan, where he dedicated himself to the study of the Chinese language and later obtained a Master Degree in Cultural Anthropology. During 10 years of living in Taiwan, he did extensive fieldwork. All this work on the field helped him to reach an advanced knowledge of the Chinese language and culture. His research touches aspects linked to the effect of Catholicism on the tradition of ancestor rites in Taiwan, to Inter-religious and inter-cultural dialogue and to the Modernization of Funeral Rites in Taiwan.

After that, he decided to move his family to Sierra Leone to contribute with a noble cause as well as to expand his horizons and anthropological perspectives. In Sierra Leone, he took on several academic activities, from teaching courses to being a Chief Librarian at the University of Makeni. He also taught Chinese classes for beginners in the Language Center of the University.

He is currently lecturing courses at the Department of Ethnology of the University of Heidelberg. He is also working on the publication of his book, Telling Stories Makes the World, Place, Alterity, and Narration in a Taiwanese Catholic Village, which will be available soon.

He has been selected as a member of The Phi Tau Phi Scholastic Honour Society of the Republic of China.

He is currently living in Heppenheim (Germany) with his wife and their son. He can be contacted at [email protected] or through this webpage.

M&J Publishing House is a publishing house I founded with my wife. Based on our studies and experiences as anthropologists as well as on our knowledge of languages, we offer interpreting and translation services.